Recommended Foods to Try while Travelling in South Korea

Food travelling is always fun to do especially for those who appreciate original recipe and the culture diversity. Travelling is not always about visiting museum. Interacting with the locals and try their original cuisine is also a great way to appreciate their culture. One of the most popular travel destinations is South Korea where K-Pop has been wild recently. It attracts lots of people around the world to get to know more about the country and its culture including foods. 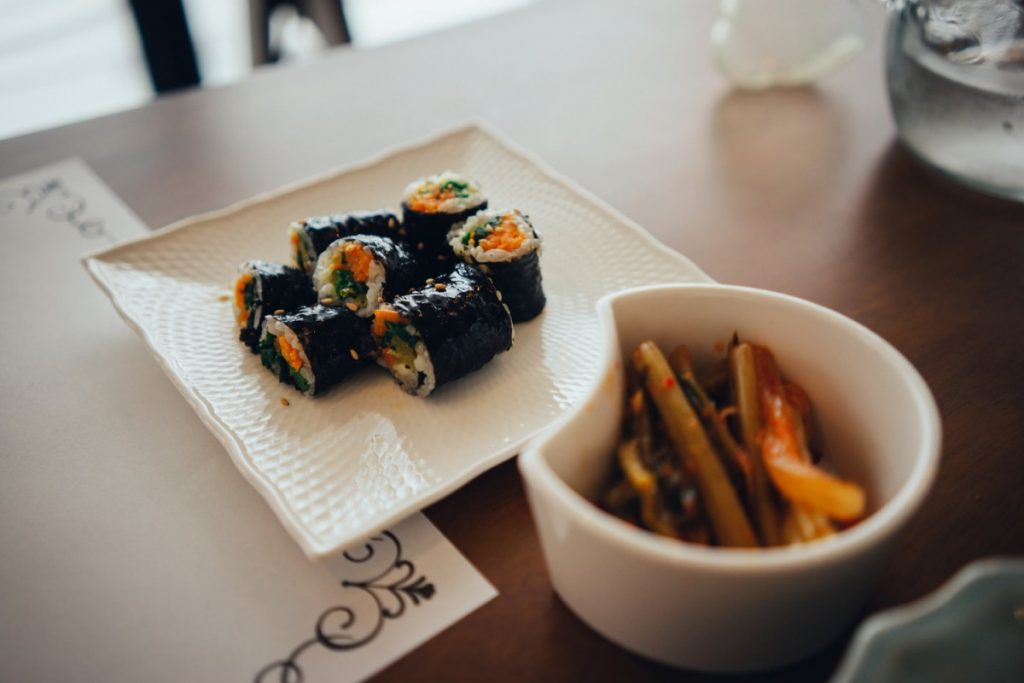 South Korea is loud in promoting their local foods to the world through may tourism acts as well as film industry. There are many kinds of Korean foods shown in almost every K-drama. This makes people more interested to try.

List of foods you should try while travelling in South Korea

Kimbab can be found almost everywhere from street vendor, convenient store, to high-end restaurant. This is like Korean food-to-go. The appearance is similar to sushi and that’s why people also call this dish as Korean sushi. This is made of rice rolled with various fillings such as cucumber, carrot, omelet, beef, etc. They are then wrapped in seaweed. If you are used to American food style, then you can consider this dish as Korean Sandwich. You can eat it right away without using any utensil.

Kimchi is one of the healthiest dishes in the world. When it comes to Korean food, you cannot leave kimchi behind. Kimchi goes along with every kind of meal. This is sour and slightly spicy fermented side dish which promotes health benefits. It is made of cabbage mixed with various Korean spices then fermented until it’s ready to serve. Aside from cabbage, there are also other varieties to make kimchi such as radish or cucumber.

Bibimbap is the next recommended Korean you should try. The look of this dish is so tempting. It looks colorful and fresh. It consist of rice topped with various vegetables as well as beef, and fired egg. It is then often added with gochujang, Korean chili paste. To eat it, you need to mix all in the bowl. The taste of vegetables and other ingredients is just great for your appetite.

Tteokbokki is kind of snack for Korean. This always makes appearance in almost every K-drama. You can find it in street vendors as well as restaurant. This is made of rice cake in cylindrical shape, triangular fish cakes, as well as vegetables. All of them are cooked in spicy and sweet red chili sauce. The looks of this snack is colorful and flavorful. Korean students love this so much since it’s delicious and affordable.

Bulgogi is made of beef which is marinated and grilled. The marinade is made of sesame oil, soy sauce, pureed pear, sugar, as well as ginger. Some people like it to be grilled after marinated but some others like it to be fried. It is best served with warm rice, lettuce wraps, kimchi, and onions. The beef is sliced thinly so it is easy to grill.

Most Recommended Places to Visit for Slow Travelling

Understanding More about Emergencies While Travelling

Eat Like a Local in Bali: A Quick Glance