The Most Breathtaking Lost Cities to Visit

You must have been familiar to hear lost cities. Just imagine how a city can become lost due to many reasons. There are so many lost cities to visit for your next travel plan. Those cities were abandoned for different reasons. 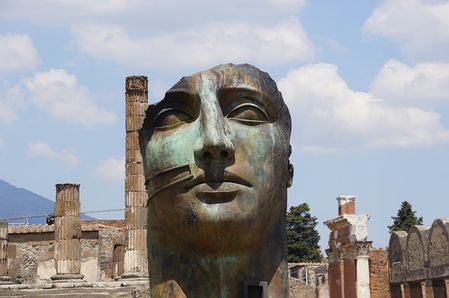 Even though they are called lost cities, they still offer fascinating insight for people today. Human history is something complex but also captivating to learn. Through the lost cities, you can learn many things about how civilisation changes due to various reasons.

Even a wealthy city can become a lost one because of natural disaster.

Lists of the most breathtaking lost cities to visit

Visiting lost cities for your next travel destination can be a good idea especially when you have been bored with beach, lake and other common trips. Visiting a lost city can give you another kind of satisfaction which makes your trip more memorable. Without further ado, here are some lost cities in the world you can visit:

Pompeii, Italy is one of the most famous lost cities in the world. It was destroyed in 79 AD due to the eruption from Mount Vesuvius. The eruption resulted in the city covered with ash. However, it was also the ash which helped this city to remain preserved.

It even was created mummies of the fleeing citizens. It is fun to stroll around the street where you can find many interesting spot in this lost city such as forum, bath, bakeries, etc.

Petra, Jordan is one of the most enchanting lost cities to visit. It was believed to have been built in the 1st century BC. It was then discovered in 1812. The general are of this city is majestic. The city is made up of hundreds houses, tombs, temples, theatres, as well as altars.

It is believed that the area that has been unveiled from this lost city is only unveiled for the 15% part only. The remaining parts are believed to be untouched due to the possible location is the underground.

Persepolis, Iran is also a lost city which deserves your visit for your next travel plan. This place is also called ‘the city of Persians’. The archaeological site of this lost city is unique and mesmerising. It is said that this city was burned by the Greek in 330 BBC under Alexander the Great’s leadership.

While visiting this lost city, you can explore the ruins remained from the burn which are still captivating for the eyes as well as provide artistic architecture.

Dwarka is also a famous lost city. It is located in India and also called as Lord Khrisna. It was once said to be just a myth. However, the ruins were found in 2000 which made people believe that this city was more than just a myth.

It was said that the city lost because it sank into the sea. The experts studied this lost city find it hard to believe because the ruins are incredible geometric. This is one of the lost cities to visit for your next travel plan.

Tips for Taking Photos when Travelling and Make Them Album-Worthy

Getting to Know China’s Great Forbidden City in Brief

Small Towns in Europe You Should Visit for Your Romantic Getaway