What Can You Cut From Your Daily Expenses for Travel

Observe how you use your money. Note down your expenses. Don’t try to limit your spending first thing. Just start by keeping track of your finance. If you’ve been doing this for awhile, good. Realizing is the very first step you can do for yourself that will benefit you in the long run. 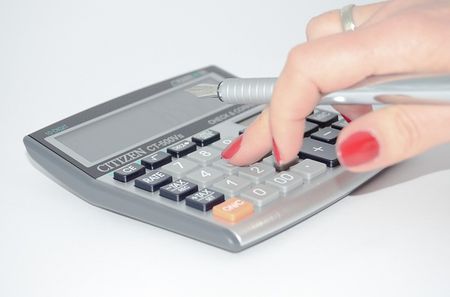 Knowing what you’re spending on is extremely important, as everyone is different and no two people’s spending is the same. Just having a vague idea won’t help.

You need to have a clear idea and have those ideas poured into an actual form that you can always go back to. Be aware of your financial behavior.

Really can’t stress enough the importance of realizing your financial state first and foremost. More than just your income and the general idea of your spending.

Have a clearer detail, it’ll help you better. From then on, you’ll have a much clearer idea on where you can cut

This one is an obvious step, one that you’ve probably heard a million times on other articles already. There’s a reason people are keep talking about how eating out less can greatly reduce your spending. Eating out can seriously skyrockets your expenses by a significant amount, compared to when you don’t. However, there’s the fact that eating out is more than just that.

It’s largely a social activity. Meeting people over lunches or dinners is simply commonplace, and cutting that out altogether from your life is basically nigh on impossible, and not to mention, impractical. So, how can you go about this?

You can change your usual cafe for a meeting at your place instead. Cook for your friends. Better yet, have a cooking session together—ask your friend how to cook if you don’t consider yourself savvy.

Not only it will be an excellent bonding activity for those involved, it’s also highly economic.

Being cooped up at your home simply won’t do your health any good, though. So when you you need to get outside, make sure to bring your lunch with you.

Meet up with your friends at public spaces such as parks. Again, make sure to bring your lunch, or at least, bring some snacks with you.

Shopping is everyone’s favorite past time, no matter the gender, or lack thereof. Splurging hundreds of dollars in one night is just so easy.

So why won’t anyone do it? Downsize your spending on shopping instead of trying to eliminate it altogether. Shop at secondhand clothes.

Snatch deals on online sales, and don’t be embarrassed to use your coupons.

Cut on the fancy coffee drinks. The $5 bill you spend each time adds up very quickly. Yes, coffee shops are more of a place to hangout and socialize. This would be a bit difficult if you frequent coffee shops to work or to study.

Instead of aiming to omit coffee shops from your routine altogether, you can downsize your spending. Order black coffee instead of a latte. Over time, the difference is huge as it accumulates.

How to Treat a Cold while Travelling

3 Romantic and Affordable Destinations In Bali For Honeymoon

What You Can Do While Travelling in Nusa Lembongan